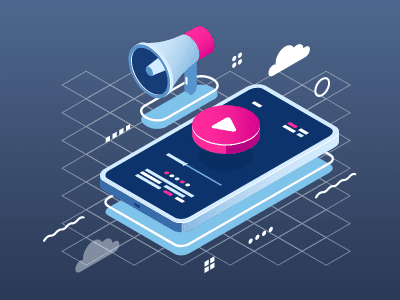 Not long ago, informational technology jobs were a real phenomenon on the market. These days, multiple IT-related jobs are offered for thousands of specialists. With time, requirements for IT specialists have become more demanding. The modern IT experts should be skilled to program using a bunch of modern programming languages. Besides, they must be experienced in dealing with modern IT tools and frameworks. In total, there are more than 600 programming languages. At the same time, every language has a bunch of requirements that must be followed. The IT industry develops rapidly; thus the professional skills of candidates for top jobs in the industry must be quite unparalleled.
You can always gain more skills and knowledge if you have a strong desire to develop in the computer programming sphere. Many programmers select a few languages to learn. With the chosen languages, they hope to reach all their career goals. There is no need to know a huge variety of programming languages. You can deal only with a few, but be an expert. The expertise in the chosen language is crucial. Specialists choose languages to learn depending on the demand or popularity in the current IT market.

There is a list of the top programming languages that bring the most possibilities for specialists who tend to build an incredible IT career.

This complex programming language is often used in effective app development, web development, data analysis, and software improvement. In schools, this particular language is taught the most. Even lots of modern colleges provide in-deep study programs to teach the language. Python can be quite a complex language to expertise in, but it remains very clear and beautiful. Great that it is not very difficult to learn it. This language is the best option for students who study computer programming or familiar disciplines. There are many top applications created in Python, including YouTube, Spotify, Reddit, Quora, Dropbox, BitTorrent, etc. Students have all the chances to be proficient in the language quickly once learning it well.

Swift is a relatively new programming language. It was recently added to the list of languages for Apple applications’ coding. Nowadays, most iOS applications are created in Swift. The previously widely used Objective-C is in second place now by the usage of language in iOS app development. Swift is currently available for iOS and Linux.

This particular complex language is widely used by programmers and other IT specialists. JavaScript has long ago become one of the top tools for various programming projects. It is often used for app development and web page management. In-app development, functional and object-oriented programming requires use of HTML, AJSX, or CSS. The language has a set of advantages. First and foremost, once the application in Java, it can be released on any of the top mobile platforms, including iOS, Android, and Windows.

Rust is an advanced programming language sponsored by Mozilla. This particular language is developed to assure advanced security and convenience. It has a bunch of similarities with C++. Rust offers lots of benefits for developers. Most importantly, the language assures timely errors solving within the coding process. Thus, developers always complete an optimal programming code. It can be a little difficult to install the apps created in the language on Windows.

Scala remains one of the newest languages used for app development. The current market appreciates the benefits of Scala due to its support of functional programming. Moreover, it remains a strong static type system. Scala was initially settled to overcome all the Java troubles. It connects to Java, thus keeps the same libraries. It is the same object-oriented language but brings more possibilities, including immutability, currying, and pattern matching.

Ruby language is one of the modern object-oriented languages. It is both dynamic and interpreted. Ruby allows building applications offering a standard structure for mobile app and web development. For developers, it can be quite complicated to find proper documentation when using Ruby.

GoLang is a programming language released by Google. It is often used by the top companies since GoLang offers exceptional support for multithreading. Most startups in Silicon Valley prefer the language to create their applications and web platforms. The language offers advanced security due to its statistically typed nature. Clean syntax improves the learning process, as well.

This is one of the most appreciated and highly used languages by Android app developers. Java brings a bunch of opportunities for Android apps developers. In the case of iOS apps, Java cannot offer the same set of benefits. The language offers great advantages within cross-platform development. Java can be used to develop an Android application, as same as web apps, scientific apps, games, big data technology, etc. The Android Operating System is the most popular application written in Java.

This is a potentially beneficial language that still searches for its audience. It has already earned its popularity in the U.S. and now tends to grow globally. This programming language is offered as an open-source tool, which brings lots of benefits for UIs. R remains one of the best languages with an impressive visual representation. Great animation and graphics make R one of the most appreciated languages by UIs.

C++ is one of the well-known programming languages that is the successor of a C language. It has inherited lots of C-based syntaxes. The two languages are quite similar. The main difference is the C++ comprehensiveness. C++ is used in various spheres, including the financial sector, banking segment, manufacturing, etc. It is highly used in mobile app development, as well. Numerous cross-platform apps are built using C++. The language can be easily used for developing applications on iOS, Android, and Windows. The mobile apps are not a single product of C++. It can be used to develop operating systems, impressive design, advanced graphics, web platforms, computation platforms, etc. It also can be used for creating games, web servers, etc.

PHP is a highly advanced open-source language that is widely used in development these days. It is often used for app coding and scripting. The main sphere of PHP usage is the coding of dynamic websites. Still, it is often used to build applications in Android and iOS.

SQL is one of the modern commercial languages that allow managing big amounts of data very efficiently. It is mostly good for managing databases since it requires fewer amounts of code for the process.

C# is the main language used by Microsoft. Thus most of the Windows devices are built using C#. The top Windows apps are creating with the use of C#. This advanced component-oriented programming language, also called C Sharp, is often used for creating server apps, games, and web services. The game apps created in C Sharp are ones on the top in the gaming industry these days once being supported by Unity3D. The language is also beneficial for such spheres as the development of business tools, education apps, games, utilities, etc.

Kotlin is a relatively new programming language that has lots of similarities with the Java language. The two languages have a quite similar structure. Still, Kotlin has more benefits, including the total support of all the IDEs and the ability to run on various platforms. Kotlin can be used by web developers who want to manage applications on different mobile and web platforms easily. It is a clearer language than Java and much effective for teamwork as well. It also assures better clarity. The only problem with Kotlin is the lack of educational materials.

HTML5 is the best choice for web developers. If you need a web-fronted app, HTML5 offers a full set of tools to do it efficiently. This language is not created for mobile app development; thus, if you need to develop an app for mobile devices, better use it with JavaScript. The great advantage of the language is the ability to create an app once and further use it on numerous devices. HTML5 can be used for cross-platform support and managing desktop and mobile browsers. It is often used for game development as it allows building both videos and audios. HTML5 is clean and easy coding. Therefore it is so well-appreciated by IT specialists.

jQuery has earned its name as an extremely convenient programming language. It is always easy to navigate in the document, organize various elements, create animations, manage events, and create applications. Once using jQuery, you avoid dealing with numerous issues of cross-browser javascript. There is no need to use long codes when working with jQuery. You need a little code to succeed. The language offers its unique libraries and UI. Still, this language remains one of the most difficult to learn.

Lua is a multi-paradigm language that was created to be used in embedded apps’ development. The language is characterized by advanced portability, speed, extensibility, and optimal reliability. With the features mentioned, it is a perfect programming language for embedded applications. It is easy to manage and eliminate errors when programming in Lua.

ObjectPascal is the successor of the Pascal language. This is an exceptional language both easy to learn and manage fast. The easy and clean syntax makes it easy to be taught in school and college. Still, Pascal can be used mostly in its preferred niche. It often takes time to define various types, variables, and functions within the coding process.

Perl is a combined language with lots of features. The language is preferable by numerous specialists who operate in various fields like website development, games, bioinformatics, automation, etc. It combines the top features of two programming languages – Perl 5 and Perl 6. The functional language is personal and reliable to be used in effective app development.

QML is a relatively unique declarative language that is mostly used for designing applications. QML has in-built elements of Javascript. Thus its documentation is hierarchically arranged. It has an impressive library and is often used for mobile app development. It may take time to start writing in QML, but it is also a very advanced language for impressive app designs.

This multi-paradigm language is used in functional programming as same as an imperative one. The Scheme is relatively simple and is often named one of the easiest languages to study. It easily deals with dynamic types of variables. Still, programmers do not advise to use it in developing new bias.

This modern object-oriented language is perfect for HyperCard. The software and websites that operate using the Adobe flash player platform are the top ones developed in ActionScript.

Doesn’t matter which programming language you choose to create your application our professional team always are ready to help you with an app promotion strategy. We provide a quality help in creating app reviews from trusted sources, increasing an app rating for App Store & Google Play Market, boosting app installs, etc. Don’t miss the chance to make money from your mobile application!