The Increase of Reinstalls Rate: Reasons and Forecast 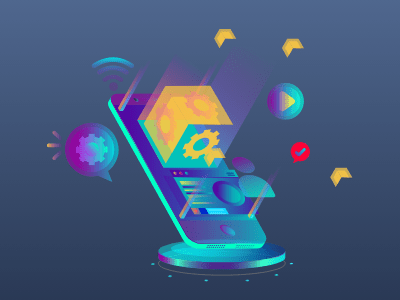 After analyzing almost 3 billion of recent installs, our team of analytics has managed to distinguish an important fact that consists of a significant increase of reinstalls. Almost half of all installs are reinstalls, thus the phenomenon of reinstalling previously deleted applications is quite common nowadays.

The question remains the same, what additional benefits and opportunities this named phenomenon can bring for marketers and app developers. How to use this specific market feature for gaining better downloads and installs? The understanding of the re-installs increase’s reasons is aimed at helping to get all the needed answers.

It is quite difficult to list the reasons for a named fact, but it is a high time to deal with benefits it may bring for app developers andmarketers. The reinstall is a common thing for developers, which mostly means the user has got back to life. In order to find all the reasons of such multiple reinstalls, it is important to check the following issues:

The unique opportunities can be gathered, once the marketers will find out the top reasons for such a common phenomenon. The main feature of the reinstallation is the way users act in the first days after the app’s reinstallation. They usually have a lot more activity than users who deal with the application for the first time and always use the app for definite purposes. Since the users who have been dealing with the application previously know the entire set of app’s functions and opportunities it offers, they turn back to use the exact features other applications probably lack or provide on a quite low-rate level.

Purposes of Reinstalls: Perceptions to Keep in Mind

After checking the insights of the reinstalls increment, it becomes obvious the users come back to the usage of those definite applications that offer a better set of features than other tested applications. It is important to keep in mind the following perceptions:

1. Reinstalls have a certain purpose and meaning clear for every user

Users mostly reinstall the application, which brings a definite feature or function the user needs. People have no need to reinstall applications that have no use for them. Besides, installing a random application can be quite a common thing, but its reinstallation is a rare deal. In order to convert a user into a loyal customer, marketers should pay attention to those few days after the app reinstallation.

2. The apps that were occasionally used a first time are the most widely reinstalled

Every application has its category, thus the apps are divided into the most needed categories for a better user’s convenience. If checking the top categories, travel applications and social apps are the most reinstalled. If the application does not have a wide sphere of usage, it is obvious users turn to its usage if need certain functions or information. For example, when checking information about Tokyo, the user mostly uses one previously used application saving a time for searching for a similar application with the same content and functions.

3. Reinstalls are about giving an app a second try

Users can use the application for a second time giving it a second chance, hoping the application was recently greatly improved by the developers and now lacks any previous bugs or miscounts. Users prefer the applications with improved features and a set of advanced unique options.

4. Games with special features and options are widely reinstalled

Users often reinstall games. In fact, games are reinstalled 55% more frequently than other applications. Arcade games and Strategy games are on the top of the list of reinstalled games. If you want players to stay longer with you, try to figure out some bonuses or other special offers for players who have reinstalled the app. This is the best way to convert a simple player into a loyal one.

5. Search navigation is important for an app development

Users who want to find the app they were previously using, write definite search queries to find the exact application. It is important to manage the search in the way users will find the needed application in a few clicks and on the top of the answers’ list.

The Importance of Constant Updates

Almost half of all installs are reinstalls, thus the phenomenon of the reinstallation of previously deleted applications is quite common nowadays among users worldwide. Looking at the main reasons for the reinstalls increment, it is obvious users come back to the usage of certain applications, which offer a better set of features, unique options, and constant updates. It is important to keep in mind that users can give an app a second chance, hoping the application was greatly improved by the developers and now lacks any previous bugs or miscounts. People who use an app for the second time usually have a lot more activity than users who deal with the application for the first time. Since the users who have been working with the application previously know the entire set of app’s functions and opportunities it offers, they turn back to use the exact features other applications probably lack or provide on a quite low level. In order to convert a user into a loyal customer, marketers and app developers should pay attention to these exact few days after the app reinstallation. When offering new advanced features, options, and some special bonuses, app developers and marketers increase the chances to gain users that are more loyal and increase the total number of installs and reinstalls greatly.

Every developer and marketer must keep in mind the most possible reasons and tendencies that have influenced the increment ofthe reinstalls. Stay aware of the latest reinstalls since it is important to pay all the efforts to turn the returned user of the application into the loyal one. Constant updates, improvements and regular analysis of reinstalls and installs rates allows getting the clearest picture of the current app market top features. It is important to remember that reinstalled applications have both strong and weak features. Every developer needs to check the exact strong features, which make the app competitive. Further, these analyzed data and numbers will help to improve the applications significantly.

Are You Ready to Increase App Ranking and Get More Sales?